Paul Griffin has recently published a paper on Glasgow’s radical history – you can read more about the paper below whilst a link to the paper itself is available here: https://authors.elsevier.com/a/1XF0V3Qu6uJtwo 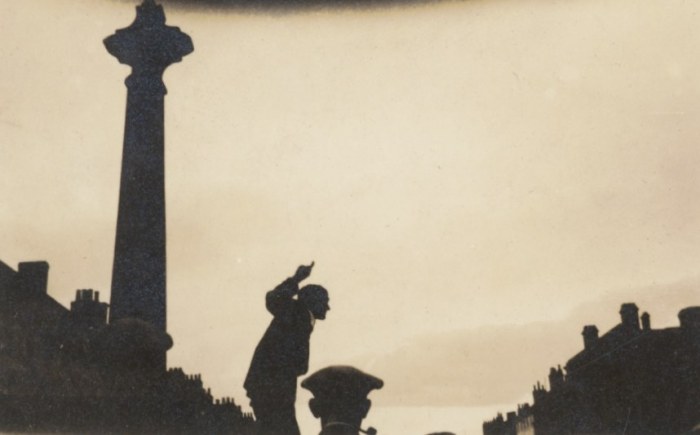 One of the aims of my recent research was to consider the political differences and spatial connections found within an established labour history – Red Clydeside. Red Clydeside was a period of unparalleled industrial, social and political unrest in the West of Scotland, centring within Glasgow, in the early twentieth century. Unlike other historical geography interests that seek to illuminate ‘hidden pasts’, this area of research is relatively established within public memory, particularly locally, and regularly referred back to within contemporary settings. Elsewhere, I’ve written about some of the archivists and volunteers who maintain and provide access to the records associated with this period (https://onlinelibrary.wiley.com/doi/full/10.1111/area.12384?hootPostID=51f50c311c02af7da4c86b1974c71fe1).

Whilst this historical resonance is noteworthy, questions around the terms on which such retelling of history persists. My most recent paper attempts to offer an alternative approach to such historical geographies. In essence, the paper argues that political difference and fluid forms of political activism, connection and identity were integral to these times. Such a reading of the associated archives suggests that singular narratives of this period, perhaps through the winning or losing of disputes or the lens of particular organisations, for example, fail to capture the dynamism of political unrest that inspired and supported acts of tangible change, such as rent reductions, improvements to working conditions or parliamentary advances of the political left.

To capture this dynamism and sense of political difference, the paper returns to the work of E.P. Thompson and his conceptualisation of working class presence. Thompson’s notion of class forged through antagonism instigated a more rounded approach towards what counts as political activism and can be read alongside more geographical concepts of assemblage, topology and throwntogetherness to engage with a wider realm of political activity. In this regard, the paper argues for an engagement with both the processes of change and the elements of continuity that shaped this radical history. In doing so, the paper considers prominent disputes and campaigns alongside more generative political practices, such as pamphleteering, travelling and public speaking appearances.

Empirically, my archival research revisited the records of three activists who represented this diversity. Guy Aldred, Helen Crawfurd and James Maxton (photographed above at an open-air meeting in the 1920s) were three individuals who committed the majority of their lives to political campaigning in Glasgow, whilst also being prominent political figures beyond Clydeside. Their lives reflected different political influences (such as anarchism, communism, parliamentary activism and the suffrage movement) that informed the wider characterisation of what became known as Red Clydeside. They developed strategic solidarities on particular struggles, such as the anti-war movement during the First World War, the rent strikes of 1915 and the free speech disputes of the 1920s. By drawing upon biographical snapshots, the paper attempts to move beyond a silo-based analysis of political geography. Integral to this understanding is an engagement with the international connections developed by Clydeside activists and the paper raises these to further foreground the spatial politics of this period and to indicate the diversity of political influences within and beyond the Clydeside context (see Workers’ International Relief image below). By doing so, the paper argues that Glasgow was a particularly significance hub of working class activism that shaped, whilst simultaneously being influenced by, wider translocal connections.

Helen Crawfurd helping in the distribution of food for children of striking miners at Lochore in Fife, 1926 (Image licence with Historic Environment Scotland. © Gallacher Memorial Library)

The paper concludes by indicating how these political differences characterised the working class presence of this period. Whilst not exhaustive, as many other activists and influences made similarly significant contributions, the paper begins to illustrate the innovative nature of activism during this time through material cultures (of activism and protest) and international solidarities (through friendships, publishing networks and organised relief efforts). By doing so, the paper suggests that the wider notion of a ‘spirit of rebellion’, which Maxton described within Glasgow during 1915, must be engaged with through multiple perspectives to more fully characterise the histories of such times.

The Nuclear Family Project: The Art Of Touring The Toxic

Where to Find Us